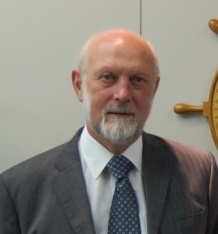 On 20 August 2013 the Maritime Labour Convention enters into force; the final stage of the ILO process that breathes life into a landmark maritime labour standard directly affecting seafarers welfare. So what does this mean for the welfare providers at port, national and international level?

The most obvious provisions affecting the work of the welfare providers are contained in Regulation 4.4 dealing with access to shore-based welfare facilities, including the promotion and development of such facilities and services in ports, the development of port, regional and national welfare boards and the protection of seafarers in foreign ports. The mandatory provisions and the guidance set out in this regulation provide significant assistance to welfare providers in encouraging governments and the shipping community at large to participate in improving welfare standards worldwide.

But there are other provisions that are of equal importance. The MLC specifies a mandatory complaints procedure available to seafarers and to other parties, including local welfare providers, alleging that the working or living conditions on a particular ship do not conform to Convention standards. If such a breach is proven, after a port state inspection, the ship may be detained or delayed until the matter is rectified.

The MLC also sets out specific details of what the industry as a whole considers to be acceptable labour and social standards and living conditions. Contents of crew contracts, payment of wages, work and rest hours, rights to repatriation, medical care, the provision of food and accommodation standards as well as numerous other issues affecting seafarers living and working conditions are all set out in clear and precise detail. These must be applied by ships flying the flags of countries that have ratified the MLC and may be used by welfare providers against ships flying other flags to demonstrate what standards should be expected of all responsible ship operators.

Unfortunately, however, human nature being what it is, the existence of the MLC on the "statute book" of the ILO on its own is unlikely to achieve its full potential. What is needed is proactive enforcement of its provisions. The welfare providers can materially help, by urging compliance, complaining about breaches they come across and congratulating authorities where they take action against breaches at port, regional, national and international level.

You have a new opportunity to improve seafarers welfare – make sure you use it!